2013/2014 I was conducting a 10 months internship at the Madagascar Fauna and Flora Group (MFG) in Toamasina/Madagascar. MFG is managing Park Ivoloina, a small but quality zoological garden with the main objective of breeding lemur species that are on the brink of extinction. During my internship I was able to work on several big projects such as designing and painting zoosigns (see Zoosigns in ILLUSTRATION), redesigning the Center of Environmental Education (CEE) and developing life size models of extinct mega fauna species of Madagascar such as the 3 meter tall elephant bird. For most projects I was working in close cooperation with Alain Rasolo, a malagasy artist.

At this point I would like to give some insight in the redesign of the CEE for which we also had the support of a malagasy Poster painter Mr. Kinga (Wall of Biodiversity). Furthermore we cooperated with the Toamasina based architecture agency BambooBasics, who was providing their help in installing some big bamboo stems for mounting the display and realizing furniture pieces that I have designed for the exhibit.

At the starting point the exhibition of the CEE was worn down by rough weather conditions on the site, which was quite open and visited by numerous visitors and schoolclasses on a daily basis. 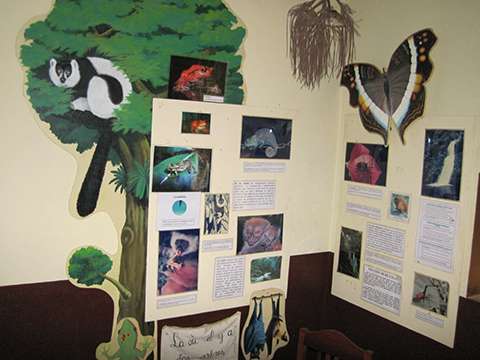 The main goal for our redesign was to reuse most of the furniture and display material. And our aim was to create an exhibition that encourages and supports the guides and environmental educations team to tell stories about biodiversity, sustainability and conservation rather than fact reading for visitors.

Right at the entrance the huge “Wall of Biodiversity” welcomes the visitor to the exhibition. It shows several key species of malagasy fauna and flora in their typical habitat. A map of Madagascar highlights the suiting regions where those habitats can be found. 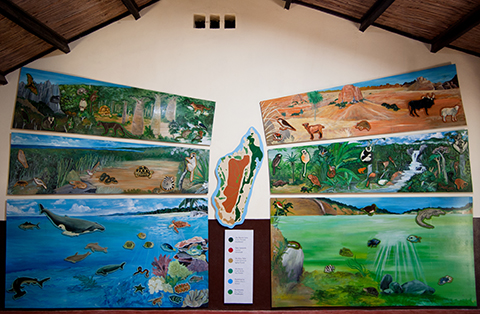 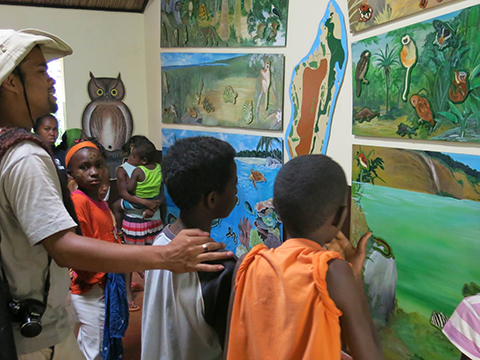 In the center there is an installation of three trees. On their backsides one can see three examples of species interdependence. For example the canarium tree and the black and white ruffed lemur benefit from each other; the trees fruits a one of the favorite food sources for this lemur species and by spreading the undigested seed at the forest floor, the lemur helps the tree at its seed dispersal. The man-made example of using zebus (local cow race) for rice cultivation is also displayed, as the zebu later feets on the left overs from rice cultivation. An example of an introduced species is shown upon the radiated tortoise who is feeding on a cactus species introduced from Mexico and causes shell deformation, because of its unusually high water supply.

Two big panels on each side of the room showcase current conservation action conducted by MFG and Park Ivoloina and introduces the visitor to the local animal, especially lemur species. 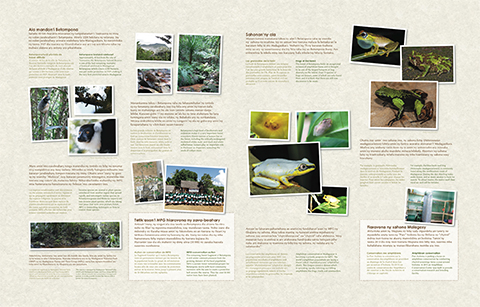 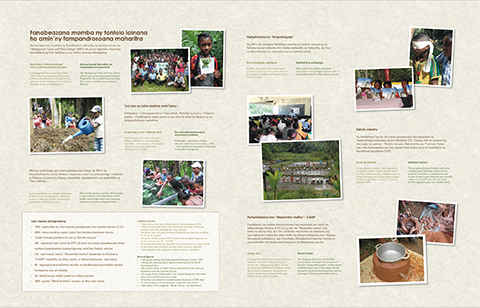 Three panels mounted inbetween big bamboo stems introduce main threats of biodiversity such as tavy (slash and burn agriculture), lavaka (erosion caused landslides). On the other side of those panels natural materials and recycling materials, which are often used in madalgasy artistry, are introduced as sustainable practice to generate income. Such as: tin recycling, making antemoro paper and making straw sculptures. 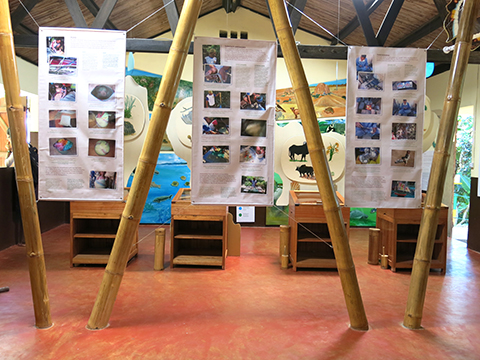 For the playground we designed original sized silhouettes of extinct mega fauna species like the elephant bird or the sloth lemur. This way children can relate to their size to the impressive size of those animals that once roamed the island before – most likely – humans brought them to extinction. 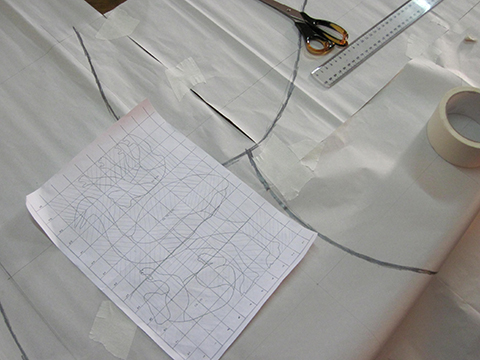 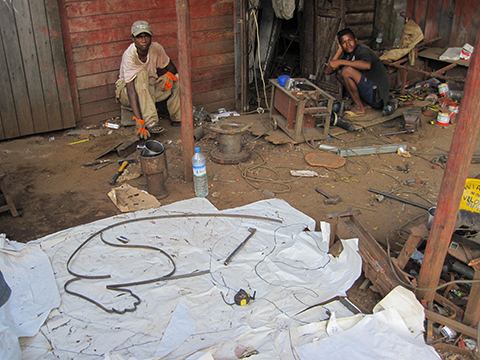 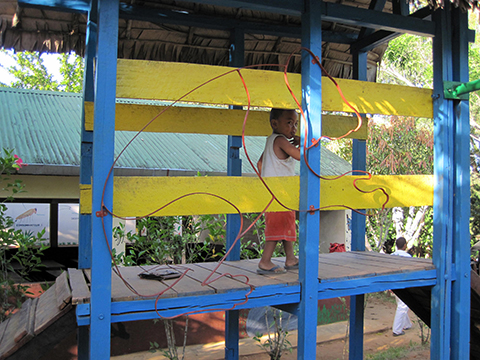 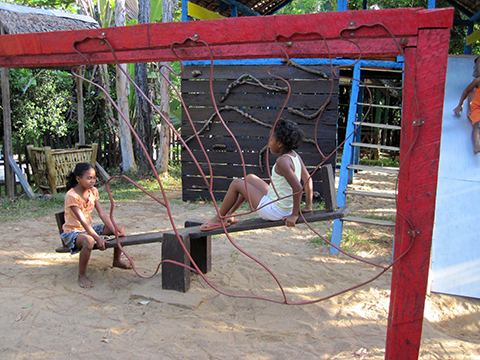 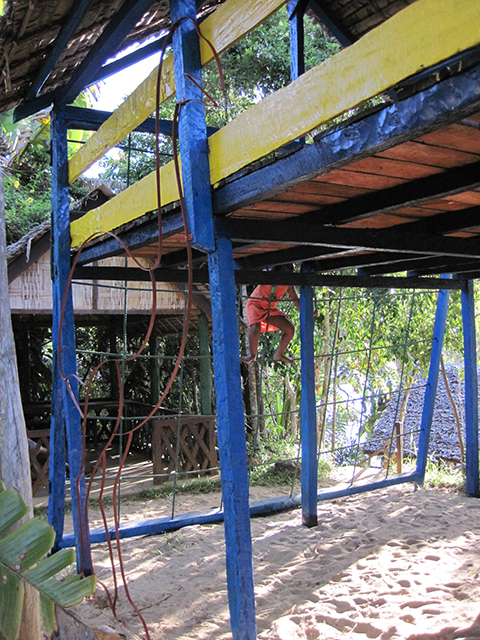